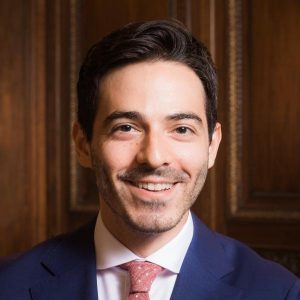 Huseyin is an Assistant Professor of Health Policy at the London School of Economics and Political Science (LSE), where he conducts research and teaches on health policy and practice in Europe and the U.S. Naci also serves as the Director of LSE’s Executive M.Sc. program in Health Economics, Outcomes and Management in Cardiovascular Sciences. His research to date has evaluated the quality and quantity of the evidence base underpinning the approval, adoption, and reimbursement of new health technologies in Europe and the U.S. Naci’s research has appeared in leading health policy and general medical journals including JAMA, BMJ, Health Affairs, and The Milbank Quarterly. He has a Ph.D. in Health Policy from the Department of Social Policy at the LSE and an M.H.S. in International Health from the Johns Hopkins Bloomberg School of Public Health. In 2012–13, he was a Fellow in Pharmaceutical Policy Research at the Harvard Medical School.

During his fellowship, Huseyin worked at Harvard Kennedy School of Government and Harvard Medical School and his project was ‘ ’   Following an era of relatively modest growth in prescription drug spending in the U.S., recent increases in the cost of prescription drugs have been a significant cause for concern among patients, providers, payers and policymakers. In response, public and private payers have embraced both traditional and novel approaches to controlling drug costs. The extent to which such approaches restrict access to new medicines remained understudied. Huseyin’s two-part project aimed to address this gap by exploring the complex dynamic between the market entry of new medicines and their subsequent availability and affordability in the U.S. health care system. First, the study quantitatively examined coverage variation for recently approved high-cost medicines across Medicare Part D plans nationwide. Second, using case studies, the project documented the variation in processes and approaches adopted by Medicaid pharmacy benefit programs in determining whether and how to pay for high-cost drugs. As an increasing number of high-cost drug approvals are anticipated in the next few years in the U.K., this research could provide key insights to this evolving landscape about the intended and unintended consequences of novel payment models and policy solutions.

As a result of his work Huseyin found that the majority of new drugs were not widely covered by private insurance plans offering prescription drug benefits to older Americans. When insurance plans included new drugs in their formularies, coverage was often conditional on prior authorization requirements and high cost-sharing, which likely constitute major administrative and financial barriers to access.

Huseyin is now back at LSE, continuing his research and teaching on health policy, with a sharpened focus on policy models aimed at managing prescription drug costs while ensuring appropriate patient access.