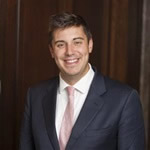 Daniel Northam Jones, M.A., was a 2015–16 U.K. Harkness Fellow in Health Care Policy and Practice. Prior to completing the Fellowship he worked as a programme manager at NHS England, leading on the design and implementation of the first access and waiting-time standards in mental health services—a key reform initiative commenced in his previous post as adviser to Rt. Hon. Norman Lamb MP, Minister for Care and Support in the U.K. Department of Health. He previously held a senior advisor on health and public services position in the U.K. Cabinet Office, where he led multiple implementation reviews of government programs in health, social care, welfare, and rehabilitation; and founded an award-winning corporate initiative to improve intra-departmental collaboration.

In applying for the Fellowship Daniel sought to develop a stronger understanding of comparative international health systems, and particularly how President Obama’s major legislative reform programme was being implemented. As a Government policymaker he was particularly interested in the design, implementation and evaluation of one aspect of the reform: the creation of “Accountable Care Organisations” (ACOs) in Medicare, where provider groups are held accountable for the total cost and quality of care provided, which had shown early signs of success.
During the Fellowship he was based at Harvard Medical School and worked with Professors Michael Chernew and Joel Weissman on two projects: an advisory project for the Medicare Payments Advisory Commission (MedPAC) on hospital integration in ACOs; and a research study for the Robert Wood Johnson Foundation on the implementation of regulations on “patient-centered care” by ACOs. He conducted quantitative analysis, literature searches, a series of expert interviews and case studies. He presented findings to the Executive Director of MedPAC and was quoted as an expert informant in an Economist article on NHS reform.

Since returning, Daniel has worked as a Deputy Director at NHS England, firstly delivering a national programme to re-unite healthcare with town planning in new town developments, and currently supporting the formation and development of health and care systems to integrate the planning and delivery of services. He retains a strong interest in US politics, society and health reform.