Initially known as Commonwealth Fund Fellowships, Harkness Fellowships were set up in 1925 by Edward Harkness, a major benefactor on both sides of the Atlantic. They were funded by the Harkness family foundation, the Commonwealth Fund of New York, which had been established seven years before.

The purpose of the Commonwealth Fund was stated as, ‘To do something for the welfare of mankind.’ Its principal concerns were in the field of health but there was one major exception to this, which arose from Edward Harkness’ good will towards British people, his desire to promote closer relationships with the United States and his discussions with returned Rhodes Scholars. When he learned that there was no scheme, comparable to Rhodes, for young Britons to the United States he proposed that the Fund should establish such a programme. In 1925 the Fund’s Board issued the following statement:

“…International understanding can be forwarded in no more practicable way than through the provision of international opportunities for education and travel to young men and women of character and ability. Such men and women, potentially leaders in their own country, becoming familiar through residence and education with the institutions, customs and ways of thinking of the people of another country, cannot but be a force for mutual understanding and good feeling. Secondly, the importance of unity of thought and purpose on the part of the two great English speaking nations of the world lends a special value to reciprocal educational opportunities in the two countries…” 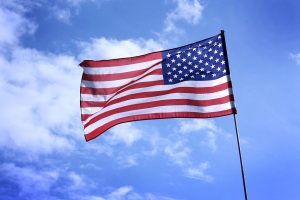 In addition to the goal of advancing international understanding, it also sought to encourage maintenance of the ‘special relationship’ between the US and the United Kingdom. With remarkable pace the Educational Director from the Commonwealth Fund recruited an all-British Committee Of Award of highly esteemed academics (from St Andrews, Oxford, Cambridge, Durham and London Universities) to select the first 20 Commonwealth Fund Fellows, gained the approval of the Prince of Wales who became Honorary Chairman of the Selection Committee and appointed a part time Secretary who at the time worked for the American Universities Union in London. Within five years they acquired a building in Portman Square as headquarters for the Fellowship programme and the Secretary became full time.

In the early years Fellows spent between one and three years at US institutions, studying a topic of their choice, and, in many cases, completing an advanced degree in their field as part of the Fellowship. Initially drawn from universities, as the programme evolved Fellows came from an increasingly wide range of fields, including medicine and the natural sciences, engineering, history, law, architecture, urban planning, education, and the arts. From the early 60s they also came from business, creative arts and journalism. And over time, not all Fellows studied with the main universities in the US, but began to be placed with other organisations that could best help further their studies.

Candidates were expected to demonstrate an excellent academic record as well as leadership potential and exemplary qualities of character. In its early years the age limit was consistently lowered as it was thought that younger people would be more willing to embrace new ideas and be better able to implement knowledge in their careers. The upper age for British candidates was initially 35, lowered to 32 in 1954 and then to 30 in 1970.

Numbers were increased until by the end of the 1920s there were 30 fellowships and it soon spread from UK only applicants. In 1927 Dominion (Australia, New Zealand, Canada and S. Africa) fellows were added to the scheme, and then in 1929, three places for Dominion Civil Service fellows were allocated. Dominion awards were for 9-15 months and candidates had to be under the age of 40.

In the 1930s a voluntary association of former Fellows was formed, and one day each week was set aside for informal reunions at the Portman Square office in London.

Interrupted by the war years (1939-1945) the Fellowships started again with a full complement being selected in 1946. An advert from the Institution of Mining and Metallurgy indicates that in 1948 they were recruiting 20 ordinary fellows, 5 Service fellows and 3 Home Civil Service fellows in the UK, aged 23-35. The advertisement notes an additional stipend for married men. From its early years the Fellowship programme supported spouses, a key feature in the mid-career scheme of the 1990s, and by then husbands were supported too.

In the 60s the Australian scheme changed so that the maximum tenure period was extended to 21 months. In 1966 the distinction between Public Service and General Fellowships was abandoned. In 1970 the upper age limit was reduced to 30. On the completion of their tenure, Harkness Fellows were required to return to Australia for at least two years. Until 1953 all applications were handled from the UK but then Australia and New Zealand set up local selection committees. Alongside the UK group, Fellows from Australia and New Zealand have been recruited throughout.

From 1952 to 1977, a number of Western European countries joined the scheme as well and in 1961 the name was changed from Commonwealth Fund Fellows to Harkness Fellows.

As well as their formal programme of study, whether for a qualification or not, Harkness Fellows have always been expected to gain a better understanding of US society and culture to strengthen links between the US and their home country. To do this, extensive travel in the US was supported, although again the manner of doing this changed over the years from financial support for purchasing a car to monthly airline standby passes.

Over the years the areas of study have become more focused on the goals of the primary funder, the Commonwealth Fund, and in the last thirty years two major changes to the programme have taken place. In 1988 the Fund appointed former Commonwealth Fund Fellow, William Plowden, to the post of Director of the UK Harkness Fellowships. The number of international schemes by this stage suggested a need to differentiate the programme. Initially based in New York (1988-91) and later in London, William was tasked with a specific requirement to design a more focused and structured programme, offering fellowships to exceptional mid-career professionals working in social policy areas such as education, justice, cities and health, always one of the Fund’s main interests. However, applicants could and did come from a wide range of perspectives to study these policy issues. People working in a range of fields were eligible: health, education, criminal justice, urban development, journalism, construction, the arts and so on. 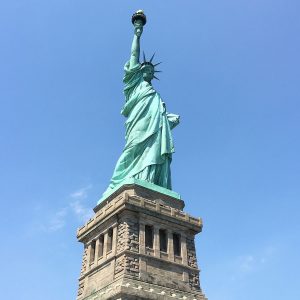 The Statue of Liberty

At this point the UK fellowships were reduced to one year. Alongside this, there were changes so that fellows and their families met regularly during the year for joint learning and collaborative study to better understand the US, its systems and culture. Each year-group gathered four times over their time in the US for joint study. Thus meant that whilst still offering individual fellows a life changing experience and a way to get to know the USA, they compounded their learning though joint activity. Emphasis was also placed on sharing learning with their field on their return to their home country.

The next major change came in 1997. At the time of this review, the Harkness Fellowship Programme was the second longest established cultural exchange programme in existence between the United Kingdom and the United States of America. The scheme was revised to focus exclusively on health issues, though a review of the topics of study shows a very wide approach to the issues of health, in keeping with the Commonwealth Fund’s mission “…..to promote a high performing health care system that achieves better access, improved quality, and greater efficiency, particularly for society’s most vulnerable, including low-income people, the uninsured, minority Americans, young children, and elderly adults.” The Fellowships are now called Harkness Fellowships in Health Care Policy and Practice.

Today, the Fellowships are promoted as follows: “The Commonwealth Fund invites promising mid-career professionals—academic researchers, clinicians, hospital and insurance managers, government policymakers, and journalists—from Australia, France, Germany, the Netherlands, New Zealand, Norway, and the United Kingdom to apply for a unique opportunity to spend up to 12 months in the United States as a Harkness Fellow in Health Care Policy and Practice. Fellows work with leading US experts to study health care delivery reforms and critical issues on the health policy agenda in both the US and their home countries. A rich program of seminars organized by the Fund throughout the year further enhances the fellowship experience.”

Through the Harkness Fellowships in Health Care Policy and Practice, the Fund continues to invest in in talented mid-career professionals to build leadership capacity and international networks for ongoing exchange and collaboration. Organisations in home countries now jointly fund the programme with the Commonwealth Fund, recognising the value of these Fellowships to the home country.