Who would be a Politician? 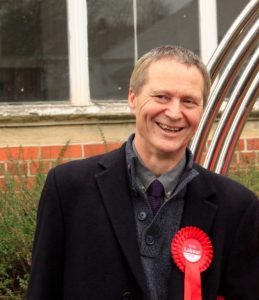 After 25 years in the civil service, within a year of leaving I was a Labour councillor in Lewisham. In making that transition I went from a profession trusted by nearly 60% of the public to one trusted by 17%. And no one was more surprised than I.  Maybe I shouldn’t have been. The same values that drove me in a career in education policy still drive me now, as I tackle the casework that comes the way of a local councillor (fly-tipping and bin collections, largely). The main driver has been a belief in the power of education.

I didn’t have a wealthy upbringing – council house, father dead when I was 12, my mother and I briefly homeless when I was 15. What transformed my life was that teachers at my comprehensive school took an interest in me, and showed me the doors that education could open. A faith in the power of education to unlock opportunity has stayed with me my whole professional life.

I confess it didn’t get much licence in my first few years on Lewisham Council. The role of a backbench councillor is an unglamorous one: late meetings on planning committees; lobbying housing associations, police and council departments on behalf of aggrieved or vulnerable residents; attending a host of local community events.

It can be parochial, but I found a lot of satisfaction in the immersion in a local neighbourhood that to some extent had remained undiscovered during decades of commuting to central London to work. I helped create a local walking route, to encourage people out into our local parks (Lewisham being the greenest inner London borough – little known fact!). It was also good to be able to bring civil service skills to bear in tackling individual problems: never underestimate the power of a timely and well-drafted letter in unblocking casework obstacles!

Local councils get a bad press, with an image often of bureaucracy and inefficiency. ‘Town Hall’ can sometimes be a euphemism for ‘small-minded’. That was how it looked from a government department. But I’ve learned a lot about the informal ways in which a local council knits a community together. Local councillors meet local residents all the time – we knock on their doors and invite their complaints, they email and phone us with all sorts of questions. Whether the issue is a council responsibility or not, when people get stuck local councillors feel an obligation to try to find a way to help, or find someone else who can. That community leadership role is easy to overlook but worth cherishing.

That said, things moved up a gear after this year’s local elections. Our newly elected mayor asked me to take on the Cabinet responsibility for education and children’s services. I’m now grappling with the twin challenges of improving the performance of our hard-pressed secondary schools, and reforming a children’s social care system under severe pressure and which overspent its budget by £12million last year! 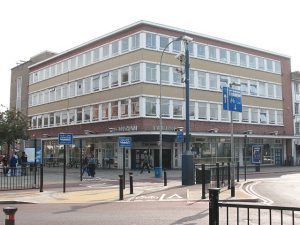 This has brought me back into far more of an executive role: chairing and improvement board overhauling our social care service; driving a service review to find ways of delivering in the face of shrinking budgets. It has also meant a higher public profile, which is out of the comfort zone of someone used to giving advice to politicians in private!

What have I learned? First, there’s a big difference between policy theory and policy delivered. I have had to learn how to negotiate the complex environment of local politics. You take your allies where you can find them, and your opponents are not always where you expect them to be!

Second, the gloomy conclusion that in local government we are managing decline. Lewisham has had around £160m cut from its budget since 2010, with staff cut by half. And it is not unusual in that. We are fast approaching the point where local councils are reduced to being social care agencies with a bit of bin collection attached. Sadly, I see no national appetite to confront that.

But, third – going back to where I started – there remains so much potential in young people, and there are always opportunities to unlock it. I relish every chance to encourage the great work that still goes on. From presenting prizes to our young actors and winners of public speaking contest, to turning up on exam results day to congratulate our successful scholars, to fighting to preserve our hard-pressed youth services who do so much to give youngsters positive paths to follow.

So, is it worth people getting involved? Of course – we need people with skills and experience more than ever. One thing I learned from my Harkness experience was that we should all have the courage to speak up and step up if we think we can make a contribution. Don’t expect someone else to do what you can do. But don’t expect to be running large services. More likely, you’ll be looking for creative ways of getting more out of existing shrinking budgets, and linking up volunteers with gaps that need to be filled. 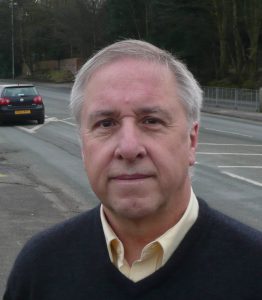 Waiting for the result of my Harkness interview in 1992 was one of the most nail-biting days of my life. It wasn’t until I was interviewed, by a panel chaired by Hugo Young, that I realised how much the fellowship would mean to me and my family. One line of questioning, that had been led by Hugo, was about my active membership of the Liberal Democrats.

Professionally, I am an urban and social geographer, though most of my career has been in the field of geographic information systems. My fellowship, based at the National Center for Geographic Information and Analysis at the University of California, was to work on social Information systems, which had been the subject of my doctorate. While there I described myself as an ‘applied geographer’ and was warned, by the head of the center, that that label would mean academic death. Yet I was undeterred, I always saw my academic interests as being related directly to the lives of people living in urban areas. I believed, perhaps naively, that identifying and mapping deprivation, would lead inevitably, to the reduction of inequalities and the improvement of areas of greatest need.

During my fellowship year I was struck by the inequalities in American society. Among the most shocking, because they were unexpected, were the living conditions and the attitudes of the white poor underclass. These were often ignored because racial inequalities were more obvious. I discussed these with colleagues who dismissed the problem, seeing the United States as a very stable society. I feared that might not last. It is putting it too strongly to say that I anticipated the Trump phenomenon, but I feel vindicated as some of the backlash I expected has happened. My feelings were strengthened by listening to too much right-wing blue collar talk radio during my fellowship year where commentators were ranting about NAFTA being a conspiracy against working class Americans.

On my return to the UK I found myself more involved in social issues. I joined one of the Social Exclusion Unit policy action teams and was involved in research that led to the correction of 2001 census results which netted Manchester over £120m in additional revenue support grant. Manchester Geomatics (MGL), a company spun out of my lab at the University of Manchester, then helped produce a National Address Register for the 2011 census that avoided the problems of 2001.

In 2005, the merger of the University of Manchester and UMIST provided an opportunity for early ‘retirement’ which I surprised myself by jumping at. I had already been ‘accidentally’ elected to the Parish Council, for which I had been a ‘paper candidate’ with supposedly no hope of election and found myself enjoying it. There was work to do at MGL, I was involved in some government advisory committees so retirement held no fears.

What I hadn’t expected was that, in short order, I was appointed to the board of a major local housing association and invited to stand for election as a Borough Councillor in Warrington. Not only did I win my seat in 2006, but the Liberal Democrats took control of the Borough Council as a minority administration, supported in a coalition by a small number of Conservatives. 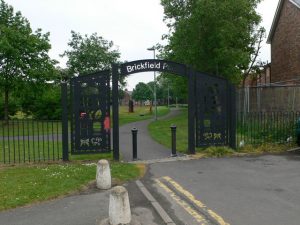 Within a year, during which I learnt a lot about case work and development control, I was elected to the Cabinet in Warrington responsible for Housing, Planning and Regeneration. What could be more exciting for an applied geographer than having some influence in running their own town?

I quickly learnt about the big gap between theory and practice. Well rehearsed arguments from the lecture hall seldom translated into practical policies at the local level. This led to many interesting conversations with council officers. We achieved a lot in a short time. The Council’s social housing stock, managed by an arm’s length management organisation, was transferred into an independent housing trust, unlocking £150m for investment in the town’s most deprived areas. Master plans were produced for the Town Centre and surrounding areas and a contract was prepared for signing with a development partner. The town was tidied up through a ‘look of the Borough’ programme. Aggressive, speculative developers were ‘persuaded’ to do what the town wanted, not what they thought would maximise their profit.

Alongside the work in the town hall, case-work provided an insight into people’s lives one seldom gets outside politics. The hard cases who had slipped through the system un-helped, some of which could be solved with just a few phone calls and emails. Intractable injustices, and, sadly most frequently, neighbour disputes that required sensitive arbitration and, inevitably, correspondence from serial complainers who can never be satisfied.

Like Liberal Democrat councils across the country, we paid the price of the 2010 coalition with Conservatives, reducing our majority and then losing control in 2011.

Being an opposition group leader, we have only 12 councillors now compared to our peak of 28 from a council of 58 members, is nowhere nearly as satisfying as being in the Cabinet. Case work takes up more time, briefings with officers provide an opportunity for influence and development control gives one a role in real decision making. While being in power was good, there is still a job to do for the community in opposition. It is also interesting, after 12 years on the Council, to be able to agree behind the scenes, on many issues with the ruling group, because we would have had to do the same in the face of continuing, and now very damaging, funding shortfalls.

The opportunity to combine an academic life, with some involvement, on an advisory basis, in central government and the realities of local politics and serving the community, has been immensely satisfying. The opportunity to reflect, during the Harkness Fellowship year, was an enormous privilege. I was interested to hear that many of the systems I was working on were described as ‘decision support systems’. That attracted me to the role of a local politician as decision maker. Those decisions are never as straightforward as one might have expected and are influenced by many people. Most politicians are keen to make a difference. That difference is often crystallised in the decisions we help to make.