The Gift that Keeps on Giving

Every Harkness Fellow I have had the privilege to meet regards their time living and studying in the USA as a gift, a life changing gift in most cases.  The experiences and insights gained can play out in their career for many years.  For some, an award set up in their name can lead to benefits for science, medicine, public policy, well beyond their lifetime, as well as encourage and support scholars of the future.  Three very different awards are outlined here – let us know of more.

The Sir Hans Kornberg travel prize is one such award. 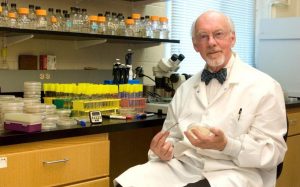 The Prize was established for students at Christ’s College in 1995, when Sir Hans Kornberg, FRS, (CFF 53-55) stepped down from his role as Sir William Dunn Professor of Biochemistry in the University of Cambridge (1975 to 1995,) and Master of Christ’s College, Cambridge (1982 to 1995). Christ’s College tell us that intention was  “To enable an undergraduate or a graduate in the biological sciences to travel abroad in the summer vacation to learn about, and gain experience in, research methods in the biological sciences.  A preference would be given to a candidate wishing to take one of the summer courses offered by the Marine Biological Laboratory at Woods Hole, Massachusetts, USA.”  Sir Han’s widow recalls that he wanted there to be a fund for students in the Natural Sciences to go abroad, meet other scientists and study with them.  He remembered how much he learned from American scientists when he went to work with them.  Christ’s College note that “ The awards enable our students to undertake projects and activities that they would otherwise not be able to afford to do, so they make a huge impact.”

Many students have benefitted over the years, and the destinations have broadened.  In 2018, for example, three awards were made, all to undergraduates,  all carrying out internships in Germany. In 2016, the destinations were more varied.  Three awards were made; one student attending a Biology Summer School in Zurich, one undertaking conservation fieldwork in Honduras, and the other travelling to Guyana for a conservation project.  In 2019, one student , Gilbertas Umbražūnas, received an award to participate in a summer programme in Japan at the High Energy Accelerator Research Organisation. He writes: “The travel award was indeed beneficial for my studies, and also a brilliant hands-on work experience in an experimental particle physics group, whether I finally decide to stick with this particular option for my later studies or not.” His internships gave him a chance to develop new, and enhance other, practical and programming skills in physics labs, study with international scholars in an intensive summer programme, meet with a Nobel scientist and develop expertise in presenting his work.

Sir Hans died last year and his family, also recognising the value of international scholarship, requested that donations go to support this award.

Sir Hans was alive to see the benefits of the award in his name.  Many awards are set up posthumously. One such, named after a Harkness fellow, was the William Plowden Fellowship in Good Governance.

Not only was Dr William Plowden a Commonwealth/Harkness Fellow (CFF 1958-59), but in the late 1980s he led a major redesign of the fellowships, and then ran the scheme as Executive Director of the UK Harkness Fellowships for a number of years.

William, who died in 2010, began his career as a civil servant, was a founding member of the Central Policy Review Staff and later Director-General of the Royal Institute of Public Administration. The William Plowden Fellowship started in 2012.  Throughout his career William believed strongly in the need to improve the way we are governed, at all levels.  He proposed practical approaches to public policy, sensitive to the needs and experiences of real people.  William was not involved in designing or planning these scholarships, but in a forward to the final report his wife, Veronica, says “I know William would have been delighted with the idea, and with the Fellows and what they have achieved.”

A group of William’s friends, colleagues and family led by Professor Nicholas Deakin, CBE, designed a fellowship that offered successful applicants an opportunity to “ liberate energies and imagination and help them develop their research skills.”  The group wanted to recognise William’s concern to promote the principles and practice of good governance, supporting innovation and achieving positive social impacts as well as his lifelong attachment to the idea of fellowships as a tool for enhancing individual’s careers and lives, and influencing the academic and policy areas in which they work. The overarching theme for the Fellowships was the role of good governance in supporting innovations and achieving positive social impacts, reflecting Plowden’s work. The fellowship supported “individuals with a substantial record of achievements in a relevant area, giving them time away from their day job to focus on an idea they wanted to explore and see applied more widely”; in practice three months away from their current work. An essential component was the provision of academic support for selected Fellows with a named mentor in an academic institution. The commitment on accepting a Fellowship was to produce a report on the chosen topic and present a lecture to an invited audience. A number of organisations including academic institutions and think tanks supported the scheme, and were willing to host and mentor a Fellow whose research could afford a fruitful cross-fertilisation with their own work. For example, hosts for the first year were the London School of Economics, Department of Government, and the Third Sector Research Centre. All reports were presented together in a final report, published in 2019.

Setting up a Fellowship is not easy. William’s colleagues worked hard to get a good range of employers, academic institutions and think tanks involved. A host organisation is needed to run any award/scholarship, and in this case the National Council for Voluntary Organisations and its Chief Executive Sir Stuart Etherington stepped up.  William’s own contribution to the study and promotion of civil society at home and internationally made NCVO a logical home.

In deciding which applicants to fund, the panel were guided by the desire to reflect William’s own interests and concerns to promote better ways to improve the life chances of people and communities in civil society. The scheme was planned as a five year initiative and during that time eight Fellows were supported.  The topics covered by the Fellowships were diverse;  co-operative housing; performance measurement in charities;  working with communities;  policy-making in small countries; co-operative governance in prisons; school governance and social mobility; involving children and young people in governance; and the role and relevance of large international NGOs. 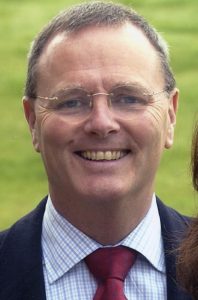 Like the Plowden Fellowships, the Kieran Sweeney Prize was set up to reflect the interests and strengths of its namesake. Professor Kieran Sweeney (HF 1991-92) was a GP in Exeter who died in 2009 of mesothelioma, at the age of 58.  He applied ideas from philosophy, the arts, mathematics, business and social sciences to the care of his patients and the process of healthcare.

The Harkness Fellowships selection panel must have been thrilled when they looked back on Kieran’s fellowship. They hit the jackpot.  His was a true case of mid-career talent with potential to go so much further.  His friend and fellow GP, Dr Nick Bradley, said in his eulogy  “The crucial year was 1991.  Kieran won a Harkness Fellowship from the Commonwealth Fund of New York, the first ever British GP to do so.  The family upped sticks, with  Becca, their nanny, to the University of Washington in Seattle; and there Kieran learnt to research and to write.  His natural openness and wit opened doors to a rainbow of thinkers – and he never looked back. He returned on fire. He wrote very little before his Harkness year.  From 1993 onwards the scale and variety of his output was breathtaking.  He wrote and published with people like the rest of us have folk to dinner, inspiring them and making them laugh. He published with GPs all over the country, with nurses, hospital specialists,  philosophers,  his partners, health service researchers, and, most recently, with his third son Kieran. They are to have a  joint paper published later this year on  the subject of Asperger’s  syndrome – KD  Sweeney junior,  first named author.    Kieran  had already added it to his CV before he died.   He wrote for two years as a health  correspondent for The Times. He wrote over 100 articles, at least one in  French,  reserving the 50  best crackers for his CV;  four books;  an MPhil thesis;  he gave invited  lectures in  France , Spain, New Zealand and Australia as well as at home; and in 2004,  at the age of 53,  he wrote his  MD thesis,  pulling together his life’s academic  work up to that point.  And he was a GP.”

Aside from all this writing, Kieran led innovative approaches to the delivery of primary care, taking risks and challenging a system of delivery that had been resisting change for years. An extraordinary networker, he achieved national influence in his work as director of the national RCGP leadership programme in the last five years of his life.

So what more appropriate than a prize in Kieran’s name for medical writing by GPs, the host in this case being the Tamar Faculty of the Royal College of General Practitioners. They seek articles which use ideas from disciplines outside medicine, and suggest entrants might choose to explore a topic of political or historical importance; draw on the arts and literature, history of science,  political theory and public health; or discuss the importance of care based on a relationship between doctor and patient. One of the judges for the next presentation of the award will be Trevor Thompson, the winner of the 2016 prize. Both he and the runner up, Will Mackintosh, had their essays on “Nature works why don’t we”…and “Frailty as illness” respectively, published in the British Journal of General Practice.

The final requirement for the Kieran Sweeney Prize contains a message for all former Fellows. “The piece should be aimed at a non-specialist audience, and written in prose at a level that an interested member of the public could understand.”

The gift of a Commonwealth and Harkness Fellowship, the luxury of time to study and learn, with access to great scholars and practitioners, can only be magnified if care is taken to share learning and insights with others, even if there cannot be awards set up in all the names of all fellows.