Edward Harkness would have been proud of Chris who died on December 7th, 2021 aged 85. Chris was an exceptional man who took full advantage of the opportunity that his Harkness Fellowship gave him to study business at the Harvard Business School and to return to the UK to successfully apply that knowledge in a whole range of large British companies starting with Courtaulds.

Before going to Harvard Chris had gone to school at Marlborough, served in the British Army and then studied English at Oxford. His time in the Army had a big impact on him. He parachuted into Suez in 1956 and saw active combat with all the natural fear that entailed. In Cyprus he was dealing with the terrorist insurgency. He came away with a great respect for the NCOs that served under him, and the experience contributed to the development of his formidable leadership skills. Even in later life Chris had a great fondness and admiration for his NCOs and had an annual reunion with them.

He excelled at Harvard and afterwards spent a year teaching at a Swiss business school. Then came 3 years at the Hill Samuel investment bank which he said helped him become comfortable with handling large sums of money. After that he was attracted to the Industrial Reorganisation Corporation where Lord Frank Kearton spotted his considerable talents and persuaded him to join Courtaulds. 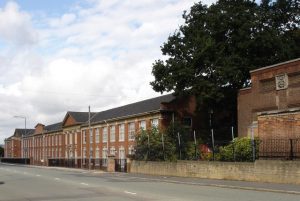 When Chris joined Courtaulds in 1968 much of the company, like much of British industry, was tradition bound with hierarchical and bureaucratic management structures, was strongly unionised, and had low financial and operational performance standards all protected by external tariffs. These weaknesses became more exposed particularly in the textile business when Britain joined the Common Market, tariffs were removed, and international competition increased. Dealing with these weaknesses was the major challenge that Chris faced at Courtaulds. His initial assignments were in the International Paint Company where he first rationalised the overseas operations and then revitalised the entire company when he took over as Chief Executive. He moved on to take over responsibility for other major divisions and became Chief Executive of the whole Courtaulds group in 1979. This was a particularly challenging time because of the policies being implemented by Margaret Thatcher to reform the UK economy.

Chris had three important talents for dealing with the difficulties he faced at Courtaulds. First, he understood modern American management techniques which his Harkness Fellowship had enabled him to acquire at Harvard. Secondly, he had a formidable intellect. Thirdly and perhaps most importantly he was a superb leader.

Chris reorganised Courtaulds to set clear lines of responsibility and accountability combined with specific performance standards particularly in terms of cash generation. He dismantled unproductive hierarchies as manifested in multilevel dining facilities. He was tough in dealing with underperforming businesses and those without future prospects were closed which resulted in a very large reduction in the Courtaulds work force in the first few years after 1979. This was critical to stop the bad businesses dragging down the whole company. Later, he pioneered the idea of business demergers by splitting the group into Courtaulds PLC and Courtaulds Textiles PLC thereby generating considerable shareholder value and setting an example for ICI and others.

It is hard to overemphasise the challenges that Courtaulds and Chris as its leader faced in the early eighties because of the tough economic changes and increased international competition. Chris’s formidable intellect, his rigorous and disciplined approach to problem solving combined with his ferocious work ethic was fundamental to steering Courtaulds through that period. Some people described him as being cerebral, but this is a mischaracterisation and misunderstanding of what was actually happening. Intuitive seat of the pants management would not have succeeded.

Perhaps Chris’s greatest talent was his people and leadership skills. He was superb at selecting and motivating good people. He was charismatic with an uncanny ability to make people feel good about themselves and to give them the confidence and desire to perform better. This was done either in person or via notes he used to write in small, neat handwriting on small pieces of note paper. He was tough with underperformers but dealt with them firmly and with empathy. He generated loyalty and was loyal in return. He was a somewhat reserved, some might say austere, person rather than an extrovert personality. However, whenever he spoke his common sense, knowledge and wisdom immediately got people’s attention and marked him out as a natural leader whose views should be listened to. 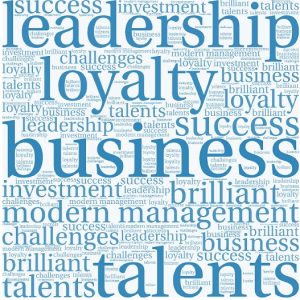 Chris’ experience in turning around Courtaulds and his obvious leadership talents made him a very attractive candidate for the boards of other major companies and over the years he became chairman of Reuters, Allied Domecq, and Glaxo Smith Kline. As was the case with Courtaulds, Chris faced challenges and setbacks as Chairman of these other companies. In the case of Reuters, it was the competitive challenge from Bloomberg. In the case of Allied Domecq there was the issue of how best to deal with the public houses estate. In the case of Glaxo Smith Kline, it was the issue of the chief executive’s salary where a proposal was rejected by the Annual General Meeting. In all these and other cases Chris tried to stick to his basic principles and as he said he could not walk on water. Everyone including Chris makes mistakes, but his batting record was exemplary.

Apart from having direct responsibilities in major companies Chris contributed his talents to several other organisations. He was Chairman of the Board of the National Theatre a role he much enjoyed because his family had a long involvement with the arts. He was a member of the Court of the Bank of England and a member of the J P Morgan advisory board alongside such eminent people as President Lee Kuan Yew of Singapore. He sat on the board of the Ford Foundation and helped improve its investment performance. He was also Chairman of the Financial Reporting Council. His ability to function effectively on both sides of the Atlantic was helped by the time he spent in America as a Harkness Fellow including the time devoted to travel around the country.

His achievements were recognised by a knighthood in 1985, the Gold Medal of the British Institute of Management in 1986 and an award from the Harvard Business School in 1988.

Despite all his great achievements Chris remained very much a down to earth person with simple tastes who was easy to talk to and with no airs and graces. One of his favourite leisure pursuits was hill walking and in his later years he enjoyed playing a lot of golf at Richmond.

He married Anne Cathie in 1961, subsequently divorced, and then married Miriam Stoppard in 1997. He leaves two daughters Catherine, and Cressida who is Chairperson at Land Securities.

When one reflects on all Chris’s achievements one can see why Edward Harkness would have been proud to have helped him along on his journey through life.

Eryl Morris was a Harkness Fellow from 1968 to 1970 and studied at the Harvard Business School.  He worked at Courtaulds from 1970 to 1998 when the company was taken over by Akzo Nobel. While at Courtaulds Eryl held several senior positions ending up as Deputy Group Chief Executive.  After Courtaulds he served as a non-executive director on several public company Boards and as Chairman of several private equity backed companies.