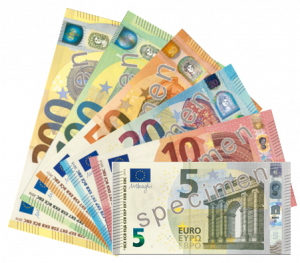 In 2015, France hosted the conference on climate referred to as COP 21. Even before that conference, there was an active interest in the development issues raised by climate change and its impact. Over the last few years, a number of research programs on the theme of Green and sustainable finance have been launched and together they constitute what may be called the French approach to climate change issues.

This approach is based on three specific characteristics of the French environment: a strong financial industry, academic excellence in applied mathematics, and an active interest of public institutions, especially the French  Treasury and the Banque de France, in research.

In each of the three branches of the financial industry, banking, insurance and asset management, there are strong French companies with leading international positions, such as BNP PARIBAS bank, AXA insurance group, Amundi asset management.  In academia, Mathematics, both theoretical and applied, are excellent and specifically in finance where French Grandes Ecoles have trained generations of analysts and traders in options and derivatives .

This specific environment has allowed the development of what we call three-way partnerial research, associating academics, professionals, and public institutions. This approach is that of the Institut Louis Bachelier, a research network  we founded 15 years ago and named after a French mathematician of the early 20th century who was a pioneer in the mathematics of  speculation.

In a few years, Green and sustainable finance has become a major research topic for the financial industry and for the academic universe. This is very practical research which we hope will help face a major challenge for the coming years.

More information is available on the web site of the Institut Louis Bachelier,  www.institutlouisbachelier.org . The publications are mostly bilingual.

André Lévy-Lang (HF 1963 – 65) is the founder and chairman of a research network, the Institut Louis Bachelier, which channels mostly private funds to over 40 research projects in Finance, Economics, Demography, Energy, Climate and Data, in the main French universities and graduate schools. After an early career in engineering he entered the financial world in 1974, retiring in 1999 from the role of CEO for Banque Paribas.