A Harkness Fellow in 1930s Berkeley

Written by Meredith Hooper for the 2012 Harkness Report 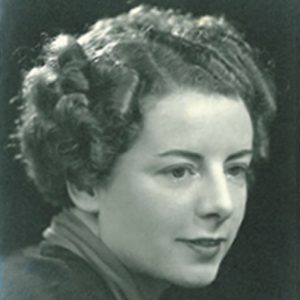 Here on the Berkeley campus in 1936 freshmen wore a type of workman’s trousers, and blue and gold “dinks” – small caps with upturned brims. As Sophomores they exchanged the “blue jeans” for well-worn, ancient-looking “cords”. But girls? Here Eleanor’s Girton College eye noted ‘striking’ hairdressing, and the importance of cosmetics – the numbers of dates so acquired being ‘a concrete measure of the success of their labours.’ No “blue stockings” here, observed Eleanor. ‘The high standard of feminine attraction… may be due to the proximity of Hollywood…but it can also be explained by the fact that many American parents and more American daughters regard a campus not as a centre of learning but as a matrimonial field.’

On the other hand, Eleanor – with a double first in the Geographical Tripos, a hockey blue, and now the honour of a Commonwealth Fund Fellowship – was secure in the knowledge that she had met the love of her life. Two years doctoral research on the relationship of sources of power to economic development in California coincided with his disappearance to Antarctica as leader of the British Graham Land Expedition. John Rymill, an Australian who had prepared himself for exploring the polar regions by learning surveying, navigation, flying and skiing, was currently exploring the Antarctic Peninsular, aims in part coinciding with Colonial Office political and strategic ambitions. While Eleanor examined the uses of hydroelectricity, John Rymill was further south than anyone on the planet.

Debenham installed the 22 year-old Eleanor in his grand ground floor study where she could intercept time wasting visitors and unnecessary interruptions. Only days after starting, in October 1933, Eleanor answered a knock on the study door, opening it to, as she later wrote, ‘the broadest shouldered, tallest, and most stunningly handsome man I had ever seen.’ At just over five feet, Eleanor gazed into his blue pullover-encased chest, then lifting her eyes on, and up, met John Rymill.

The 28 year old Rymill was intensely pressured with financing and planning his new expedition. But despite the work there was time for tennis, dances, dinners, excursions, before the expedition’s schooner Penola departed south in September 1934. Debenham, as two of his daughters now in their late eighties recently recalled, was ‘wonderful to his students, looking after them.’ Both vividly remember Eleanor’s pretty, lively company, her mass of curls. And John Rymill? – ‘he was so handsome. We were all in love with him.’ Standing on the edge of the Cam, watching this gentle giant rolling his sealskin kayak, frightened whether he would manage to turn it – to get back upright. Then – the relief when he reappeared. 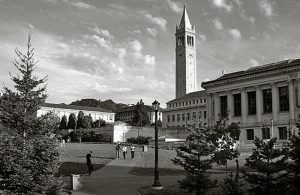 In 1933 Cambridge women although able to hold the title of their degrees, were not (unlike Oxford women) admitted to full membership of the University. But academic excellence did provide opportunities. As Debenham’s Secretary, along with tutoring undergraduates, Eleanor had an income. Living out of College meant she could have a car.

The Mistress of Girton summoning the graduate Eleanor informed her that ‘a Board enquiring into the efficiency and value of University examination results for final degrees as a means of identifying top achievers …’ had approached the College for a name. Eleanor’s had been put forward. The Mistress, resummoning Eleanor to announce she had been selected for interview, was speechless with shock when Eleanor blurted out she would not be available. The interview clashed with a skiing trip in Austria. Reprimanded for her impulsive and imprudent failure to recognise the honour bestowed on the College Eleanor had to cancel, and attend.

Eleanor’s doctoral thesis begun in 1934-35 in Italy was curtailed when the bottom-pinching reality of being a single young woman became too much. Adapting her research programme to California Eleanor applied for and was awarded a Commonwealth Fund Fellowship, 1935-37. The prompting not described, except that she came from a family with high academic standards, a schoolmaster father, a teacher for a mother, and a brother William who already held a Fellowship. Eleanor, to her excitement, was presented the Fellowship by the Duke of Windsor, the 24th woman since the programme began in 1925.

Back in Cambridge in 1937 to tutor, and write up her research, Eleanor was the first woman to gain a doctorate in Cambridge’s faculty of geography. That year John Rymill returned to England, the expedition a success, all members safe. In September 1938, the book of the expedition written, Eleanor’s doctorate conferred, John and Eleanor married. Boarding one of the great P&O liners for Australia, Eleanor was excited at the prospect of visiting the old homestead and the thousands of acres where John had been born in south-east Australia. Both devoted to horses, they looked forward to riding over the brown paddocks, past the great red gums. John of course was planning his next polar expedition. Instead, it became necessary to manage the inheritance at Old Penola. John refused every persuasive approach to return to the polar regions. Instead he began the all-involving business of dealing with stock and land, improving, surveying, Eleanor’s training as a geographer, her drive and intelligence, a crucial element of their partnership. If she had hopes to pursue her academic life – they were not recorded. As Eleanor Rymill, she became the much loved and admired mother of two sons Peter and Andrew, a vital part of the local community, working together with John until he died in 1968, tragically, as the result of a car accident. She lived on, a central part of her extending family, and of Old Penola, deeply respected, a guardian and interpreter of her husband’s polar records, and memorabilia; until her death, aged 92, in 2003.

Did she ever use her title of Doctor I asked one of her friends. No. Local people expected medical advice, and were disappointed when she didn’t deliver. So she dropped it. ‘How did it feel,’ the friend told me she asked Eleanor, ‘to come to an isolated farm after all you had done?’ Her answer, simply – ‘I was in love.’

In February 2013, late in the Antarctic summer so maximising the opportunity to push below the Antarctic Circle, family, friends and the interested will be able to commemorate the British Graham Land Expedition on the Akademik Ioffe, accompanied by South Australian winemaker Peter Rymill.