A Second Introduction to the States

The award of a Commonwealth Fund Fellowship in September 1957 led to my second introduction to the United States. My first had been in July 1940, as a boy of nine, evacuated for the duration from invasion-threatened England. September 1957 felt very different.

The War was over. America had won and the USA was on top of the world: wealthy, fully employed and booming. It had become Mecca for every European. My wife, Morny and I sailed on the Queen Mary (no transatlantic jets then). We travelled, third class, on the boat train from Waterloo and boarded the giant Cunarder at Ocean Terminal, Southampton. We found ourselves in a tiny two bunk cabin in the bowels of the ship with no porthole. In the dining room we were two of a party of twelve at our assigned table. The food was very American and exciting: Philadelphia pepperpot soup and delicious ice cream; in England food rationing had only ended three years before. Our fellow diners made an interesting study, not least two female Mormon missionaries returning home who ate strawberry jam on their bacon at breakfast. 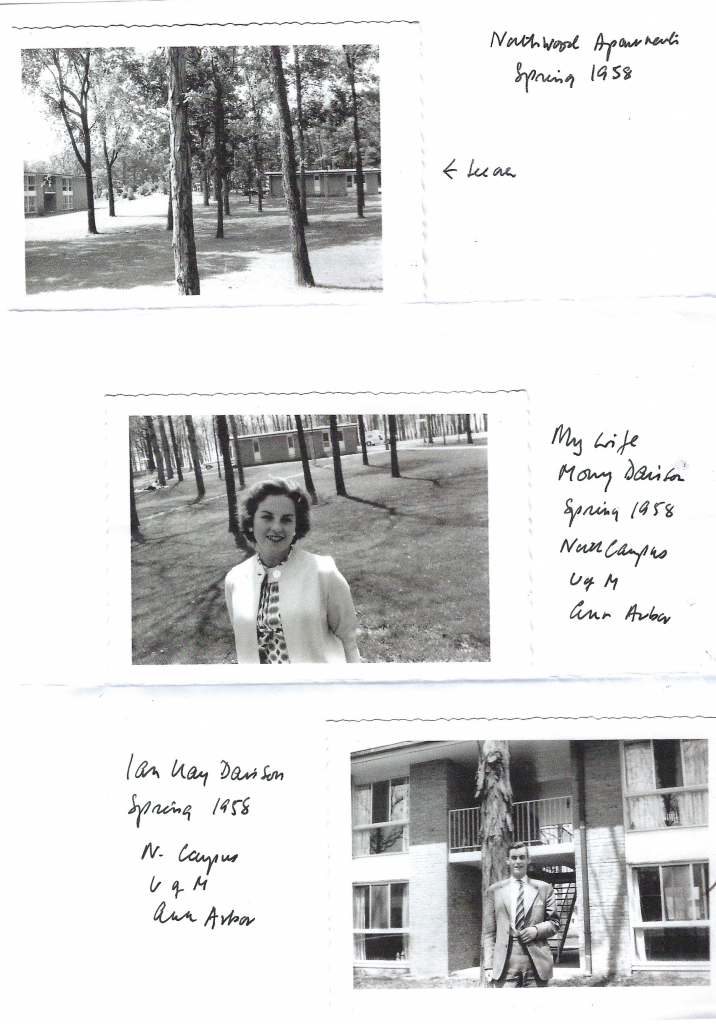 We arrived in New York at the height of a heat wave. We were part of the largest intake of immigrants to the USA ever, so the border control people told us. They had set up shop in the Queen Mary’s ballroom which was blessedly air-conditioned. I thought our immigrant status was a little odd. As a student I had a student visa, free to study but not to work. But my wife had a full immigrant visa and a green card. She would be able work and help support my generous Harkness Fellowship (then called a Commonwealth Fund Fellowship). But none of the border control people asked any questions about this odd arrangement

On our arrival at Pier 90 we joined forces with seven or eight new Fellows and were met by the wonderful Lance Hammond then deputy manager of the Fellows program who fitted us out with light-weight suits. Fortunately I was prepared with a tropical suit bought from Moss Bros in Covent Garden. Lance took us out to dinner where we were introduced to “hush puppies” (a sort of Yorkshire pudding) and American red champagne. The Fund put us up for the night and as we strolled back to our hotel I remember that the thermometer at the top of the MONY building read 99 degrees! We met for breakfast the next morning at a diner in mid-town. Having chosen toasted English muffins I was startled to hear the waiter shout down to the kitchen “Burn two British”!

Having spent the War in Darien, Connecticut I chose a mid-Western University looking for a different aspect of the USA. The University of Michigan was the obvious choice because Bill Paton headed the Accounting Faculty and that was my main interest, having taken an accounting degree at the LSE and already qualified as Chartered Accountant. Bill was the doyen of the academic accounting profession in the States.

So leaving Morny in the care of my Darien foster family I set out from Grand Central Station for Ann Arbor Michigan (no planes in those days). This involved a very long train ride, perhaps 12 hours. We set off in the evening sitting up in coach class but my ride was greatly eased by buying a lovely clean pillow on which I slept relatively well. We followed the New York Central route up to Albany and then along the Erie Canal into Canada at Niagara. Thence via Toronto and through Ontario to Windsor and back into the USA at Detroit. The train depot platform at Ann Arbor was stacked with an enormous number of student trunks, quite unattended. Having found somewhere to live it was up to the student to recover his trunk. 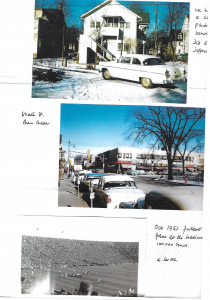 In Ann Arbor I was directed to the Student Union – a large rather frugal hotel where I got a room and started to look for lodgings. I had left it rather late, but I did find a flat with a bathroom, but no kitchen, quite near the centre of the campus. Our landlady was the Revd. Anna Brueck, a spiritualist pastor and operator of a ladies hair salon from the ground floor. We were perfectly happy there until the next semester when we were able to move to modern student housing on the North Campus. By then we had a car, again provided by the Commonwealth Fund, and we could manage being out of town

Looking around I found that there was only a handful of English students in the enormous university which proved to be not only larger than my alma mater, London University, but also older having been founded twenty years before London

Then came the matter of signing up for courses. I found that my LSE degree would not count towards a masters: for that I would have to take a four-year first degree. Instead they suggested that I take a PhD course for which no degree prerequisite existed. So I did, choosing the subjects of Economics, Accounting and Statistics. I thrived on the diet.

Fast forward 63 years to today. What a change there has been in the image of the USA. After my Fellowship I joined the infant Arthur Andersen: an American firm where the American staff earned much more than the English staff. Although it did not directly affect us, all the American partners wives had mink coats. Today salary levels in the UK match those in the USA (in the city at least). And expenses were provided then at a lavish if not extravagant scale: first class flights and the best hotels. Now the glorious America of 1957 seems severely wounded.

Ian Hay Davison (CFF 1957-58) was a  chartered accountant when he started his fellowship.  On his return to the UK  he joined the infant UK firm of Arthur Andersen rising to managing partner in 1966. In 1983 at the prompting of the Governor of the Bank of England he left AA and for the next 17 years became a financial services regulator, chairing a number of different bodies.  See here for more information.