William Wilson (HF 96-97) is a barrister, environmental and energy lawyer, and consultant who was a Harkness Fellow in 1996-97, based in Portland, OR, where he studied and wrote a book on ‘Making Environmental Laws Work’, a continuing interest. He has set up and runs a website which provides ideas and resources for young people on climate at www.COP26andbeyond.com . He is due to present events on law, engineering and climate education at the Italian government’s Milan Youth Summit in September 2021. 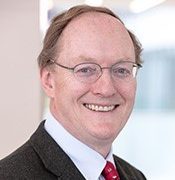 COP26 is the Conference of the Parties to the UN Framework Convention on Climate Change, due to take place in Glasgow in November 2021. It is expected to involve all 197 UN Member States, and as many as 30,000 delegates and other attendees

The success or failure of COP26 will be measured against the express aims of the 2015 Paris Agreement on Climate Change, which include –

In addition, Parties to the Paris Agreement commit to bring forward Nationally Determined Contributions, ‘NDC’s’. These are their national plans to bring down the greenhouse gas emissions which contribute to global warming.

At the same time, the need for a Green Recovery from the devastation of the COVID-19 pandemic has become a pressing political priority, as world leaders and leading economists issued warnings through 2020 that the trillions committed to recovery packages risk locking in irreversible investment in fossil fuel industries. 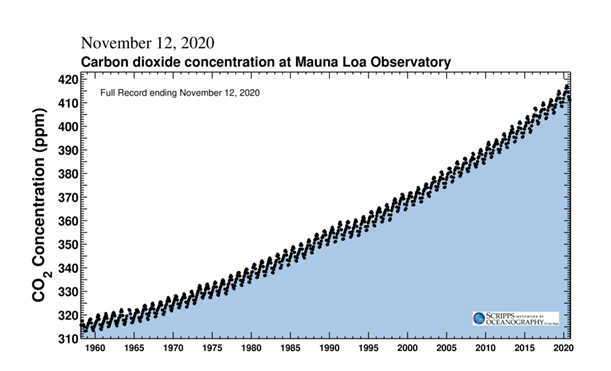 In 2013 atmospheric CO2 levels passed 400 parts per million ‘ppm’ for the first time in human history. On 7 April 2021 the National Oceanic and Atmospheric Administration ‘NOAA” reported this level as 412.5 ppm, commenting that the last time it had been at this level was 3.6 million years ago in the Mid-Pliocene Warm Period, when temperatures were 7oF higher, forest covered what is now tundra and sea levels were 78 feet higher.

The Intergovernmental Panel on Climate Change and 200 other scientific organisations worldwide have concluded that these CO2 levels result in global warming, and global temperatures have increased by more than 1oC since pre-industrial times. COP26 is about what the Parties are prepared to do about limiting further increases.

Much current concern, study and comment in scientific circles will also be signs of accelerating or runaway effects, known as ‘positive feedback loops’, and critical ‘tipping points’ which may trigger irreversible accelerated climate change. These include, for example, Greenland Ice Sheet Disintegration, Permafrost Loss and Coral Reef die-off.

Engineering for the Energy Transition

The scale of change required to established systems of energy, transport, heating in order for the world to disengage from the use of fossil fuels is hard to overstate. The International Energy Agency ‘IEA’ estimates that –

“By 2030, the amount of investment required in electricity (generation and grid/storage) needs to rise more than $1.6 trillion per year to be on track for net zero emissions by 2050”.

A rapid shift towards electric vehicles is under way – the American Jobs Plan calls for spending of $174 billion on Electric Vehicles ‘EVs’ and 500,000 EV charging points – but changes in trucks, planes and shipping will be harder to achieve.

Battery technology has a long way to go in order to be able to cope with the intermittency of wind and solar power, and major investments in new batteries are needed.

In many countries the way we heat or cool our homes contribute significant emissions. The UK government wants 600,000 new heat pumps a year to replace gas boilers – but has discovered a shortage of skilled installers and has just scrapped England’s Green Homes Grant. America plans to retrofit and insulate millions of homes.

In Europe and the USA, increasing investment in offshore wind and solar and the tumbling prices for these have enabled a rapid acceleration of closures of uncompetitive coal plants, but it is a different picture for Asia. Coal India Limited is the largest coal company in the world, with 272,445 employees: on 22 January 2021 it was responsible for 78.6% of India’s total generation, which is globally significant, as well as a major contributor to India’s deadly air quality. With the COVID-19 pandemic raging across India, it will not be easy to secure the major reductions needed to reduce this dependence on coal. China’s recent meeting of its National Peoples Congress declared that China it will expedite its transition to a green development model “while promoting the clean and efficient use of coal”.

Countries are also heavily invested in oil and gas. Saudi Aramco has proven reserves of 261.5 bn barrels of oil.  Russia has a $25 bn oil pipeline to China  – which has pre-paid Rosneft $80bn for a 25 year supply. Oil and gas supports 12.3 million jobs in America.

Nuclear could produce perhaps 10% of global energy needs – as Germany closed 17 reactors after the Fukushima disaster, China added 34 new reactors between 2011 and 2019 – but it seems unlikely to be able to be deployed sufficiently widely to make the difference in the critical decade to 2030.

All the time, fossil fuel producers must be mindful of Mark Carney’s warning that delivery of Paris Agreement commitments could result in 80% of coal assets being stranded, and up to half of developed oil reserves.

Meanwhile, as the world economy tilts towards electric vehicles, wind and solar power, access to sources of key metals and rare earths are rapidly becoming a key concern. Demand for lithium, cobalt and graphite is expected by the World Bank to rise 500%. China controls much of the cobalt processing from the Democratic Republic of Congo, and much of the processing of rare earths, which in turn has affected elections from Malaysia to Greenland. Tesla is buying into a mine in New Caledonia. Competition for metals and minerals involves major strategic, environmental and human rights issues.

COP26 and the law

If the Paris Agreement represented the big diplomatic breakthrough, in achieving a common statement of aims for the 197 Parties, COP26 should be all about implementation and delivery, and one key factor in turning aims into changes will be the application of effective laws.

These are the areas that I went to study as a Harkness Fellow in 1996-97, based in Portland Oregon. I was able to study the effective civil enforcement of environmental laws in Oregon and contrast it with criminal law enforcement in the UK. I had the chance to sit in on the Governor’s meeting with his natural resources cabinet, and was greatly impressed with the trouble taken by officials of the Department of Environmental Quality to attend town meetings across the state to explain their policies and to listen to the public. And I contrasted that with my work as a civil servant, or in negotiating an EU Directive, when I might have to travel twice a week or more to Brussels for negotiations, but never to different parts of the UK to discuss the value of those laws with the people ultimately affected by them.

In the book on Making Environmental Laws Work that I wrote as a result of my fellowship, I argued that the laws that really worked best were those where people generally understood them, shared their aims and supported their application. Both President Clinton and President Trump found that this applied to the USA Clean Air Act and Clean Water Act.

For me, the lessons for COP26 are that if you are serious about climate aims, you have to take implementation and enforcement seriously, in a way which the UK currently fails to do. And if laws will make big inroads on many aspects of the public’s life, efforts to secure genuine public support for them need to be redoubled. It will mean central government working across parties, with devolved governments, and local government. It should entail new levels of engagement with, and by, Parliament, parliamentary committees taking meetings out to the regions, and new ways of engaging with young people.

For better or worse, worldwide expectations for COP26 are very high indeed.

Governments need to harness that energy and commitment, to commit to a Green Recovery from COVID, and to show how the energy transition can be about new jobs and opportunities and not just closures and disinvestment.

Why does COP26 matter so much? What is the real difference between 1.5oC and 2oC or more?

As Mark Carney put it –

“The Paris Agreement was a resounding success for climate diplomacy, but its effectiveness depends on implementation, not adoption. To date, the nationally determined contributions (NDCs) and policy commitments have been woefully insufficient to reach our 1.5°C goal. The world is on track for around 3°C or higher with current policies. This is the year where that must change with new ambitious NDCs that will bring the world well below the goals of Paris. President Biden’s #LeadersSummit next week is a critical step on the road to #COP26.”

He used this graphic from Carbon Tracker to illustrate the point – 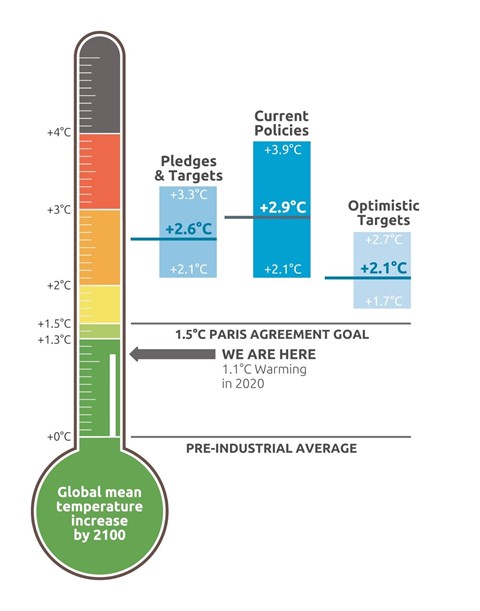 For the real difference between 1.5oC and 2oC, it is worth revisiting the IPCC Special Report on 1.5oC. This documents huge environmental effects of any rise in temperature over the Paris Agreement levels, from coral reef die offs, ice-free Arctic summers, glacier melt in areas like the Himalayas where 1.6 billion people depend on the waters from 10 rivers, extreme weather events, climate refugees.  As one chair of an IPCC Working Party put it, the difference between 1.5oC and 2oC can be measured in terms of hundreds of millions of people in poverty.  That, and the rapidly shrinking opportunity to address it, is what is at stake at COP26.