What are the consequences of Britain leaving the EU? Professor Robert Hazell CBE

Robert Hazell CBE is Professor of Government and the Constitution at University College, London, and founder of the Constitution Unit in the School of Public Policy. Since 1995 the Unit has produced over 150 reports on every aspect of constitutional reform in the UK, including devolution to Scotland, Wales, and the English regions, freedom of information, parliamentary reform, Lords reform, electoral reform, the Crown and the Royal Prerogative, constitutional watchdogs, British Bill of Rights, the new supreme court. In 2009 Robert was awarded the Political Studies Association’s Communication Award for “consistently working to develop the constitutional reform agenda, to communicate these ideas to government  and more generally to inject academic rigour  and principle into public debate.” Lord Peter Hennessy, venerated professor of post war history, bestowed this accolade on Robert: “Britain’s constantly morphing constitutional landscape needs an ace cartographer to make sense of it, and in Robert Hazell it has found one.”

Is this a constitutional as well as a political crisis?

However, it is also a constitutional crisis, for two reasons.  First, we haven’t properly worked out the place of referendums in our political system.  The central principle of the British constitution has been parliamentary sovereignty.  But we have now set up a rival principle of popular sovereignty – the famous 17.2m who voted for Brexit. 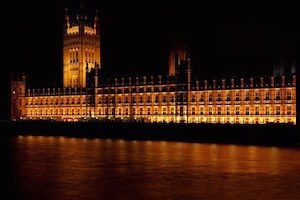 But 75% of MPs voted Remain.  When these two principles of parliamentary sovereignty and popular sovereignty are in conflict which is to prevail?

The second reason it is a constitutional crisis is it has set the four nations of the UK against each other, in ways which may threaten to tear apart the Union.  Scotland voted to remain, as did Northern Ireland; while England and Wales voted Leave.  That has stoked demands for independence in Scotland, indyref2; and it has revived the possibility of a border poll in Northern Ireland, a referendum under which the people of NI would be asked if they want to be re-united with the south.

BUT it is not a constitutional crisis because we lack a written constitution.  Any country seeking to leave the EU would face huge political and constitutional challenges, because Article 50 is an untested piece of machinery.  As we are painfully discovering, it is immensely complicated leaving a club of which we have been members for 40 years, and disentangling 40 years’ worth of accumulated EU law.  And the EU, understandably, is seeking to protect the interests of itself and the other 27 Member States, just as we would expect it to do if we were remaining members and it was another Member State – let’s say Greece – which was leaving.  We would expect Greece to pay their dues and honour continuing obligations.

What should the place of referendums be in our political system?

The Independent Commission on Referendums reported in summer 2018.  Referendums are relatively new in our political system, but are here to stay: all advanced democracies have seen an increased use of referendums.  But they cannot replace representative democracy: they reduce complex issues to a single binary question, and exclude discussion, deliberation, trade offs, and compromise.

The Commission made a series of recommendations to restrict the use of referendums, and minimise the risk of future referendums being a leap in the dark:

How should we elect our party leaders?

It was only in the 1990s that the Labour and Conservative parties shifted from the party leader being elected by MPs to election by the party members.  But the party membership is now tiny, and seriously unrepresentative.  If Boris Johnson is elected leader, we will have the unusual situation of both major parties being led by someone who would not have been elected by the parliamentary party acting alone.

Is it wrong for backbench MPs to take control of the parliamentary agenda?

There is nothing wrong with this.  The central principle is parliamentary sovereignty, not executive sovereignty.  Ultimately Parliament is in charge: it has the power to dismiss the executive, through a no confidence motion.  The Commons are in charge of their own procedures, which can be amended by majority vote, or temporarily suspended.

In comparative terms the degree of the UK government’s control over the agenda is pretty extreme.  It is common in other parliaments for the agenda to be agreed by a Business Committee as recommended by the Wright Committee, but not implemented, in 2010.

Will there be an early general election, or second referendum?

Further down the track, the new PM might want to call an election to try to demonstrate support for their Brexit strategy, especially if there is a hard Brexit or to increase their numbers and see if they can regain a majority

But the Conservatives’ desperate poll ratings might lead them instead to go for a second referendum, even though currently dead against this.  There would be difficulties such as a much longer timetable and the referendum question/questions.

Is the Queen going to get drawn in?

The Queen would be involved in appointing a new PM, if it was unlikely that the current PM would be able to command confidence.

In the event of prorogation Parliament might continue sitting across the square in Westminster Central Hall.

Editor’s note:  This presentation was given on June 17th 2019 and matters covered here have moved on since then.  For more recent comments by Professor Hazell and his colleagues in the Constitution Unit please see their website: –  https://www.ucl.ac.uk/constitution-unit/