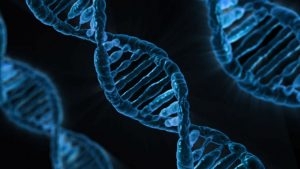 Sir Paul Nurse, President of the Royal Society, Director of the new £650 million Francis Crick Institute with 1,400 researchers in London, and 2001 Nobel Prize winner in physiology, spoke to the HFA on four great ideas of biology on 26 February 2014 in the Patrons Room of the Science Museum, London. This is an edited version.

Generally biology is rather bereft of great ideas and grand theories. Biologists prefer to deal in particulars and details; they like catalogues and descriptions, such as lists of species in particular habitats, the number of hairs on a beetle leg, or determining the sequences of genes. But there are some important ideas, and in this lecture I will discuss the history and significance of four of the great ideas of biology.

Scientists are always interested in identifying fundamental units of structure, the archetypal example being the discovery of the atom as the basic unit of matter. Biology’s atom is the cell, which is not only the basic structural unit of all living organisms but is also the basic functional unit of life. The cell theory can be summarised as follows: all life is composed of cells, and the cell is the simplest unit exhibiting the characteristics of life. Given the importance of this idea for understanding biology it is perhaps surprising that it has not caught the public imagination more than it has. This might be because the idea was a long time in development, taking nearly 200 years to become properly formulated, and also because the theory ultimately required the efforts of many scientists rather than a few dominating personalities so may lack human interest.

The story of the cell begins in 1665 with Robert Hooke, experimentalist to the newly formed Royal Society. As is often the case in science, it was technology that begat discovery, and for the discovery of cells it was the invention of the microscope in the Seventeenth Century During the Eighteenth Century and into the beginning of the Nineteenth Century, fixation and microscopic techniques improved, allowing the identification of more cells in animal tissues. After this long gestation the cell theory was born during the first half of the Nineteenth Century. Over two decades this idea was further developed with cells being recognised not only as the basic structural unit but also as the basic functional unit of all living organisms.

A universal characteristic of all living organisms is their ability to reproduce, generating offspring which resemble their parents. The similarities between parents and offspring were recognised in classical times and this led to speculations from the Greeks onwards about issues like how much was contributed from each sexual partner during reproduction, did the different sexual partners determine different parts of the offspring, and how much did characteristics like the heat of the womb or the quality of the testes influence the outcome. It took the discovery and characterisation of genes to provide the foundation for understanding heredity, and this is the second great idea of biology that I want to discuss.

As is well known, it was Gregor Mendel, Abbot of Brno Monastery now in the Czech Republic, who first postulated the existence of genes. It was his careful crosses with plants and incisive analysis of the outcomes carried out in the Monastery garden during the 1860s that led him to become the founder of genetics. Mendel’s famous pea hybridisation experiments were started in Brno in 1856.

Mendel’s analysis and subsequent abstract reasoning were brilliant and awesome. This delay between discovery and recognition is interesting. During the intervening period there were extensive cytological studies of dividing cells, the simplest example of reproduction in biology.

Arguably the development of the idea of the gene was the most significant contribution to biology of the last Century. The first part of the Century saw the gradual accumulation of data from classic genetic crosses that confirmed the idea of the gene. Then in 1944 the genetic material was shown to be deoxyribonucleic acid (DNA) when it was demonstrated that DNA could transfer phenotypic characteristics into Pneumococcus bacteria. This was the birth of molecular genetics, although it was the unravelling of the crystal structure of DNA which truly ushered in the new era. The intellectual beauty of the DNA double helix structure is its ability to explain both the ability of DNA to encode information and to be able to replicate itself. Seldom is such insight so flowed from the DNA sequence to protein sequence.

Evolution by natural selection is the idea proposed by Charles Darwin which he explained in his 1859 book The Origin of Species. The suggestion that life evolved over time was not original to Darwin. As he himself notes in The Origin of Species, Aristotle had argued that body parts of animals might appear or disappear over time.

Darwin was scientific and systematic in his approach to evolution. He amassed huge amounts of observational data from the fossil record which strongly supported the view that living organisms evolve. But he did much more than that by proposing natural selection as a mechanism for evolution, a mechanism also proposed independently by the naturalist collector Alfred Wallace and there were also speculations about Natural Selection by others earlier in the century, particularly by Patrick Matthew in a book on naval timber. The idea of Natural Selection is based on the fact that a population of living organisms exhibits variations. These variants can be genetically determined, and will be inherited from generation to generation. Some of these variants will be more successful in producing offspring, and this greater success means that the offspring from these variants will make up a greater proportion of the population in the next generation. Natural selection leads to survival of the fittest and in the elimination of individuals less well adapted to their environment. As a consequence genetic changes accumulate in the population which bring about evolutionary change. This is a very profound idea which has significance beyond biology, in disciplines like economics and computing.

The idea that many of life’s activities can be understood in terms of chemistry has its origins in studies of fermentation. Antoine Lavoisier, one of the founders of modern chemistry, became interested in fermentation. Exactly what the ferment was, however, was not clear at the time, although a little later Schwann of cell fame and others speculated that the ferment was yeast. This speculation, that the chemical reaction was dependent upon a living organism, was unpopular with the chemists of the time who perhaps resented this intrusion of biologists into their areas of interest. Clarity emerged in the 19th century with the work of the great French polymath Louis Pasteur. The growth of a living cell resulted in the accumulation of a specific chemical substance. The next advance in establishing that the phenomena exhibited by living organisms were due to chemical activities was the demonstration that living cells contained substances which could promote chemical reactions similar to the ones which occurred during fermentation. About 30 years later, at the turn of the Twentieth Century, these observations were extended by extracting an enzyme from yeast cells which showed it was responsible for the chemical reactions. This body of results form the cornerstone of biochemistry. We are now aware that thousands of chemical reactions are taking place simultaneously within cells all the time, and that these are responsible for the vital phenomena exhibited by living organisms. So modern biologists are very comfortable with the idea that the phenomena of life can be explained in terms of chemistry.