Charlie Parton, former diplomat, shared his expertise as a Sinologist, on UK/China relations. 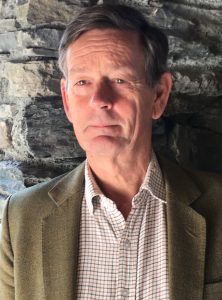 Charlie Parton, a diplomat for 37 years, largely as a Sinologist, focussed his talk on whether China should be seen as posing a threat to British interests and, if so, what the policy response should be.

He began by underlining that the foreign affairs commission of the Chinese Communist Party (CCP) determines and controls Chinese foreign policy. Externally the CCP talks of ‘win-win’ and ‘a shared future for mankind’ but internally it dwells on struggle, systemic competition and the hostility of ‘foreign forces’. It seeks a future in which China is the leading global power and the world is ordered in a way that suits China. To that end it places great emphasis on dominance in S&T, by fair means or foul, and applying  the economic sticks and carrots that it gets from the attractive power of its huge internal market and its capacity as a foreign investor (including the Belt and Road Initiative). It also engages extensively in public diplomacy, including propaganda, and in interference in the domestic affairs of other states.

Charlie doubted that the CCP would succeed in achieving global paramountcy for China. He sees China’s economic model as too flawed for the growth rates of the last 40 years to be sustainable, because of debt, demographics, acute water scarcity in the north, and long term structural educational shortcomings which prevent the speedy emergence of a workforce able to adapt to the demands of high technological production.

Turning specifically to relations with the UK, Charlie first highlighted Chinese hopes for the relationship. China sees the UK as a showcase for establishing China as a world leader in certain industries.  China values UK innovation and technological research capabilities. To date the UK has been Europe’s leading destination for Chinese investment. China recognises the depth and competitiveness of the City as a source of financial and business services. China understands the case for working constructively with the UK in the UN Security Council, at the World Trade Organisation and in other multilateral fora.

Nonetheless, the CCP resents UK participation in U.S. naval operations in the South China Sea; UK condemnation of China’s human rights abuses in Xinjiang and its attack on Hong Kong freedoms; UK pushback against Chinese interference in UK politics, academia,  and media; and UK objections to Chinese cyber and human intelligence operations against the UK.  It would be a mistake to fail to recognise that these resentments and CCP systemic ambitions result in China posing a threat to British economic, security and social interests, including social values.

What should be the consequences of this mix of threat and opportunity for the UK’s China policies? 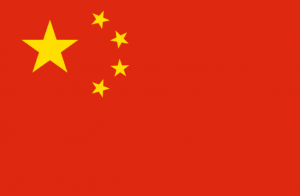 It needs to be understood that the UK can afford to be more robust. The UK is less dependent on Chinese carrots and less vulnerable to Chinese sticks than some imagine.

China will import goods from the UK regardless of political storms so long as UK companies produce goods which China needs and cannot produce for itself, and so long as UK prices and quality are competitive. China accounts only for 0.4% of UK financial services exports. Chinese investment in the UK is need-driven (the goal being to acquire access to British technology) and to date modest: it amounts to no more than 0.2% of the UK’s stock of foreign investment. The CCP would be reluctant to alienate Chinese middle-class parents by interdicting the flow of Chinese students to British universities. Cooperation with the UK (and others) on climate change is in the interest of a country as at risk as China.

‘Being robust’ entails doing more to uphold British security, values and prosperity. This can mean, inter alia, ensuring a better understanding of China and better coordinating policy across government; tighter control over academic links which give access to sensitive technologies, or the buying up of UK hi-tech start up companies;  countering Chinese interference in UK domestic affairs; strengthening the ability of the Advisory Committee on Business Appointments to prevent UK politicians and ex-officials from hiring out their expertise and contacts to CCP controlled companies or for lobbying for political gains; working out essential supply lines, resources, and goods where the UK must/can be independent of China.