Thomas E. Mann is a Senior Fellow in Governance Studies at The Brookings Institution and a resident scholar at the Institute of Governmental Studies, University of California, Berkeley. Before joining Brookings as Director of Governmental Studies in 1987, Mann held various positions from 1970 onwards with the American Political Science Association (APSA), including becoming its Executive Director in 1980. He is well known to the Harkness Fellowships from his leadership of APSA’s highly regarded Congressional Fellowship Programme where fifteen Harkness Fellows participated in the 1960s and 70s serving on Congressional staffs in the US Senate and House of Representatives. 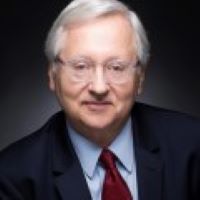 In considering the future of democracy in the USA, Tom commented first on the international scene. He noted democratic backsliding around the world, alongside the cult of personality, and an increase in extremism. He admires the German election system, taking place around the time of his talk, for their ability to focus on the centre ground albeit involving complex negotiations.

He emphasised that the threat to democracy in the US, which he considers to be deadly serious, has been growing for some time, well before Trump was elected.  Indeed, he and a colleague Norman Ornstein, published “It’s Even Worse Than It Looks” in 2012, (revised in 2016) about the problem of the Republican Party being captive to its most unhinged elements. They describe the Republican Party as an anti-democratic insurgent outlier. “It is ideologically extreme; scornful of compromise; unmoved by conventional understanding of facts, evidence and science; and dismissive of the legitimacy of its political opposition. When one party moves this far from the mainstream, it makes it nearly impossible for the political system to deal constructively with the country’s challenges.”

Things only got worse.  Activities since the 2020 election give serious cause for concern. States are engaging in legislative action which is supressing and subverting the vote.  There is political redistricting, gerrymandering, going on now in some rural states where the vote was close in 2020.   The bunching of votes in single member election districts can mean votes are ‘wasted’, or lessefficiently used; a Democratic win with 85-90% of the vote in an urban district is allocated the same single seat as a 55% Republican win in a rural district.  Trump lost the state of Michigan to Joe Biden by more than 150,000 votes. Despite his claims that the election was stolen from him, a Republican-led probe found no evidence of voter fraud. Other reviews such as the recent one in Arizona, costing a large sum of taxpayer money, found that votes for Biden had been under-reported, and for Trump, over reported.   States have even been found to have commissioned surveys from phantom companies without staff.  Independent Election Boards are being replaced with more partisan oversight processes, which will inevitability impact on administrative staff who run the voting system, making them more vulnerable to partisan pressure.  Some heroic election officers, who ensured the 2020 election was fair, have been demonised on social media and two thirds or more are stepping down, many fearing for their personal safety. 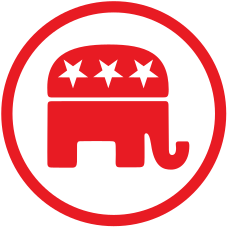 The whole ethos appears to be to stoke distrust. Trump is not quiet, despite his lack of access to Twitter and Facebook, and continues to put himself before the country, feeding intensely polarised divisions with his focus on The Big Lie.  His approval can be very significant to Republican candidates. Tom noted that despite his initial stand in the Senate about voting for Trump’s impeachment, Mitt Romney has now become more of ‘a kitten’. Republican politicians are fearful and playing it safe.   Social media remains an unpredictable player, though recent research has shown that 85% of the disinformation in the 2020 election was promulgated by 12 individuals/sites, referred to as the Dirty Dozen. Tom noted that even though the US survived the Trump presidency, the 2020 election, the unprecedented, extra-legal, and violent challenges to the certification of the victorious candidate, the threat could be even worse in 2022 and 2024

It is important to understand the inherent vulnerability of American democracy. Structural anti-majoritarian biases in the US system are producing minority rule. This can be seen in the working of the Senate, the electoral college system, the geographical distribution of population (urban vs. rural), the Senate filibuster and the Supreme Court.

The US now has polarized political parties in a separation-of-powers constitutional system. The system was designed to work by collaboration, with checks and balances to prevent excessive power in the hands of a few. However, these powers have “come back to haunt us”.  The US is now seeing the inadequacy of checks and balances without “republican virtue”. 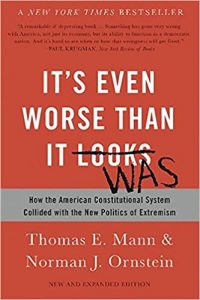 Or in stark summary, within a couple of decades 70% of the population could be represented by 30 senators, and 30% represented by 70 senators.  The system cannot change to a transferrable vote or a directly elected president without a change to the Constitution, which has to be approved by every State. This is unlikely in the present situation.  Nor is it likely that a third party can emerge sufficiently to break the power of the two current parties.

Asked whether Trump could be elected president in 2024, Tom listed a number of factors that could prevent this; his unhealthy lifestyle, a possible indictment in Georgia, whether the Republican leadership would support him, and possible subpoenas and investigations by the Justice department and by legal authorities in the state of NY. However, the damage has already been done; The Big Lie about 2020 was a dress rehearsal for 2024, and for 2022 midterms. Those in the party who have called out Trump over this claim have been vilified.  The widespread concern for 2024 is that if Trump stands and is defeated, he will simply say again that it was stolen. His supporters will believe him. Other Republican leaders are unlikely to stand if Trump decides to, and even if any did, they might not be better for US democracy that Trump has been.

Ending the evening, Tom declared himself an optimist and he sees some areas for hope.  He noted that Trump lost the election which has been repeatedly confirmed as fair and free. A second term would have been disastrous for American democracy. The media landscape is changing – recently Fox News did not cover a Trump rally in Georgia. The electorate need to vote in large numbers; there is a Bill in Congress proposing that Voting Day be a national holiday which might help. However, addressing the financing issue and the influence of the wealthy, another Bill, one seeking to ensure transparency and some matched public funding for small donations, has passed in Congress, but has become blocked in the Senate.  It might also be possible to change the Senate Filibuster with a ruling from the Chair to move to a simple majority; this has been done before for some judicial appointments but would be very controversial.   Finally, Tom believes that Biden is being audacious in his plans for the USA. He notes that moderates are nervous about some of the President’s proposals – indeed the country wants Biden’s agenda more than some of his own party.  Tom wants the Democrats to be given enough time and power to set American Democracy on a sounder footing again. The 2022 mid-terms will be crucial.

It’s Even Worse Than It Looks (2012, 2016) by Thomas Mann and Norman Ornstein; published by Basic Books – a New York Times bestseller.

One Nation After Trump: A Guide for the Perplexed, the Disillusioned, the Desperate, and the Not-Yet-Deported (2017) by  Thomas Mann,  E.J. Dionne, Jr. and Norman Ornstein published by St. Martin’s Press – also a New York Times bestseller.